Cats are intriguing creatures, and their antics are a never-ending source of amusement. You know your cat likes chin scratches and meal times, and you probably think you know why they purr. Maybe you believe you know all there is to know about your cat, but you might be surprised. Enjoy these enlightening feline facts our Ambleside Animal Hospital team has put together to help you better understand your feline family member.

#1: Your cat has tiger genes

When you look at your docile cat enjoying a long nap curled up in your laundry basket, you do not see the ferocious tiger within. However, researchers sequencing the genomes of tigers, snow leopards, and lions will tell you that the domestic house cat shares 95.6% of their DNA with the tiger. Makes you think twice about turning your back on Fluffy, doesn’t it?

#2: Purring does not necessarily mean your cat is happy

Although a cat’s purr can be an expression of pleasure and contentment, the vocalization may symbolize other meanings. Cats frequently purr during stressful times and when they are recovering from an injury, indicating that the purr has other purposes.

The cat vocalizes their purr through intermittent laryngeal and diaphragmatic muscle signaling, producing a sound frequency between 25 and 150 hertz. This sound frequency range can improve bone density and promote healing, and cats may purr as a low-energy healing method to stimulate their bones and muscles without stressing their bodies. In short, your cat purrs to communicate and self-heal. Who knew Fluffy’s purr was so powerful?

#3: Your cat is faster than Usain Bolt

#4: Your cat does not have a sweet tooth

Most mammals’ tongues have taste receptors that bind to incoming substances to activate the cell, signaling the brain. Cats exclusively eat meat, because they have no need to detect the sweetness in carbohydrates and plant- based foods. Humans, on the other hand, have five taste receptor types—sour, bitter, salty, umami, and sweet. Two separate genes—Tas1r2 and Tas1r3—produce humans’ two sweet receptor’s proteins. Cats, including lions and tigers, do not produce the Tas1r2 gene, so they cannot taste sweets. Rest easy knowing that your dessert is safe from Fluffy’s scavenging.

#5: Your cat does not appreciate all your caresses

Pet owners know their cats do enjoy having certain body parts petted. University of Lincoln (UK) researchers evaluating 54 cats reported that the feline subjects favored face caresses, especially around their lips, chins, and cheeks—their scent gland locations. The cats did not appreciate strokes near their tail base, presumably because this is a cat erogenous zone, and petting this area may cause overstimulation. Interestingly, the researchers did not investigate whether cats enjoyed having their bellies petted—likely preferring to keep their hands unbloodied!

#6: Your cat may not respond to catnip 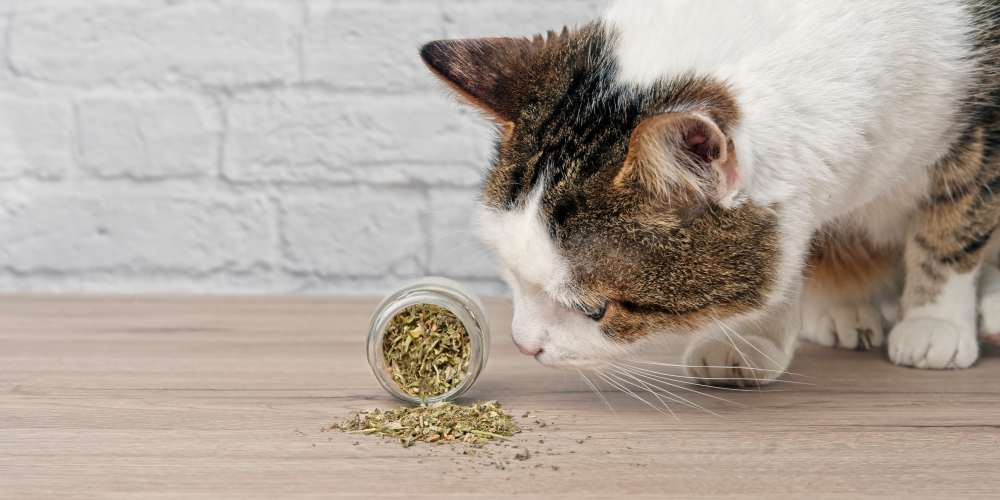 A cat’s catnip response is hereditary, and the herb has no effect on about 20% to 30% of cats. In addition, catnip has no effect on kittens younger than 3 months, who may have an  aversion to the herb. For cats who are immune to catnip’s effects, alternatives (e.g., silvervine, Tatarian honeysuckle) allow Fluffy to partake in the catnip experience.

We hope these facts have increased your admiration for your feline friend. But, if your cat’s tiger genes are bringing out their beastly side, contact our team at Ambleside Animal Hospital. We are always here to discuss Fluffy’s behavior and health.