Did you Know? 10 Unusual Animal Facts

One of the reasons the veterinary field is so attractive is because each species we encounter has unique features. With more than one million known animal species, we are always continuing to learn more about the animals under our care, making no two days alike. And, the more we know about our furry, slimy, scaly, and feathery counterparts, the more we love our jobs. Here are a few amazing facts we’ve uncovered about the animal kingdom.

Owls don’t have eyeballs. Instead, their vision apparatuses are more like “eye tubes.” These elongated tubes are held in place by sclerotic rings, a rigid bony structure in the skull. Because the bone is rigid, owls can’t move or roll their eyes inside their sockets, making their heightened neck mobility essential for their vision range.

Two hearts work exclusively to move blood beyond the octopus’ gills, while the third keeps circulation flowing for organ perfusion. The organ heart actually stops beating when the octopus swims, explaining the species’ penchant for crawling rather than swimming, which can be exhausting.

#3: Polar bears are not truly white

Although polar bears’ snow-white fur is iconic, each strand is hollow, translucent, and reflects light, which camouflages polar bears against their snowy environment, making them appear white. And, not only is their fur not truly white, but they also have black skin. Since their fur is hollow and translucent, their black skin absorbs the sun’s warm rays, keeping the bears warm in frigid temperatures.

The science, anatomy, and physiology behind why a reindeer’s eyes turn blue in the winter is complicated, so we’ve simplified the process. In the back of the eye, the retina holds the eye’s light-sensitive cells, and behind this retina, collagen fibers congregate in a reflective layer, known as the tapetum lucidum. During the winter, reindeer increase the pressure inside the eyeball, to compress these fibers. The reduced space between fibers makes the eyes reflect a more blue light. In the summer, the eyes appear golden, because the most light is reflected through the retina, helping the reindeer cope with the nearly continuous arctic summer daylight.

Small animals have a weird characteristic, which can actually be life-saving—they see in slow motion. Time passes at different speeds for different species. Small-bodied animals with fast metabolic rates, like house flies or hummingbirds, perceive more information in a unit of time, meaning they experience action more slowly than large-bodied animals with slower metabolisms, like humans. This explains why flies are so adept at dodging your fly swatter.

When African buffalo herds are about to travel, they vote on the matter. Individuals register their travel preference by standing up, looking in one direction, and then lying back down. Another interesting tidbit—only adult females can vote.

#7: The horned lizard can shoot blood from its eyes

The horned lizard claims a bizarre defense mechanism—the ability to shoot blood from its own eyes, up to three feet. This not only confuses predators, but also further protects the lizard, because the blood contains a noxious chemical. In addition, horned lizards can puff up their bodies to twice their size, to scare away potential threats.

#8: Roosters prevent themselves from going deaf

An ear-piercing cock-a-doodle-doo every morning can really do a number on your hearing, especially if you’re the one making all that racket. Roosters prevent themselves from going deaf from their own crowing by tilting their head backs when they welcome the day, which covers their ear canal completely, and serves as a built-in ear plug. A rooster’s crow averages more than 100 decibels—about the same as a running chainsaw—so it’s a good thing they have natural protection.

#9: One jellyfish species is immortal

Turritopsis dohrnii is an awe-inspiring jellyfish species, in that they will never die of old age. The adults of this jellyfish species can reverse their life cycles all the way back to the polyp stage, and repeat this process an indefinite number of times.

#10: Woodpecker tongues wrap around the back of their brains 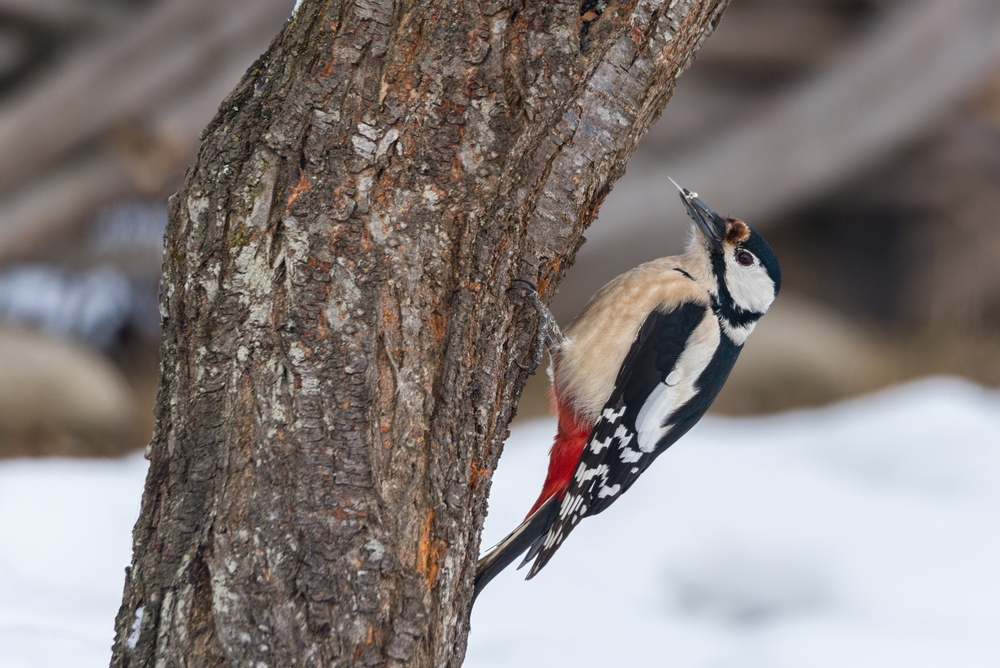 Woodpeckers have a peculiar anatomy. They have an incredibly long tongue, to reach deep into insect lairs, that needs to fit inside their head, and they eke out enough room by wrapping their tongue around the back of their brain. This space also serves another purpose—protecting the brain from injury during high-speed pecking.

Animals are incredible creatures, and our Ambleside Animal Hospital team is fortunate enough to care for your furry companions. If your cat or dog—sorry, we don’t treat immortal jellyfish!—needs veterinary care, give us a call to schedule an appointment.