Pets don’t always have the most discerning palates. On any given day, your dog or cat may sample earthworms, cardboard, their own fur, or another animal’s feces. Although those choices are inadvisable, they are somewhat less troubling to your pet’s health than many everyday ingredients found in your own kitchen.

That’s right. While watching your pet re-eating their own vomit may turn your stomach, the foods you commonly consume around the dinner table can wreak havoc on theirs. To eliminate any confusion, Ambleside Animal Hospital has composed a cheat sheet for the top food toxins in pets.

Chocolate contains chemical components known as methylxanthines, specifically theobromine and caffeine, which can have a stimulant-like effect on your pet’s central nervous system. Methylxanthine concentration is greatest in dark and baker’s chocolate, although all chocolate should  be avoided in pets, because the toxic effects vary, based on the chocolate type and quantity consumed. Pets who have ingested chocolate may experience hyperactivity, tremors, arrhythmias, seizures, vomiting, and diarrhea, and death may occur in untreated pets.

Grape and raisin ingestion in pets

For reasons unknown, some dogs develop acute kidney failure after consuming grapes, raisins, or Zante currants. Six to 12 hours after ingestion, vulnerable dogs experience vomiting or diarrhea. During the next 72 hours, the lining inside the kidney’s microscopic tubules is destroyed, and your pet can lose their ability to make and excrete urine. Without urine output, the dog’s body becomes toxic and begins to shut down.

Xylitol is a natural sugar substitute that may also be labeled as birch sugar. Xylitol is commonly found in gum, mints, and candy, but is becoming more common in snack foods, such as pudding, sauce, gelatin, jam, and peanut butter. Many non-food items, such as oral rinses, deodorant, and make-up, also contain xylitol. Pets who ingest xylitol experience a rapid drop in blood sugar (i.e., hypoglycemia), which can be life-threatening. Without rapid treatment, xylitol toxicity can lead to liver failure.

In addition to chocolate, caffeine in any form is dangerous for pets. Dogs and cats may be exposed to caffeine by consuming fresh coffee grounds, coffee beans, espresso candy, tea bags, energy drinks, and supplements. The stimulant effects that humans enjoy from these products induce dangerous elevations in heart rate, rhythm, blood pressure, and body temperature in pets. Mild cases may show only hyperactivity, restlessness, and vomiting, while significant ingestion can lead to seizures, collapse, and death.

Onions, garlic, and chives are all Allium plant family members, and share a common toxicity in pets. While garlic is three to five times more toxic than onions, all three should be strictly avoided in their raw, cooked, dehydrated, or granulated forms. Cats are typically more sensitive than dogs, who may tolerate garlic in tiny amounts. When ingested in sufficient quantities—as little as one teaspoon for cats—these ingredients damage red blood cells, and result in acute hemolytic anemia.

Toxicity signs, such as vomiting, weakness, nausea, and collapse, may not occur until several days after ingestion.

Unbaked dough looks harmless enough, but activated yeast can rise and expand inside your pet’s stomach, releasing carbon dioxide and alcohol as the yeast ferments. Although rare, abdominal bloating may progress to gastric dilatation volvulus (GDV), a veterinary emergency where the stomach twists on itself.

Sugar alcohols entering the pet’s bloodstream may cause the same alcohol toxicity signs.

Macadamia nuts cause dogs temporary illness characterized by weakness, depression, vomiting, unsteady gait, and tremors. Signs may appear up to 12 hours after ingestion, but are self-limiting, and disappear after 48 hours. The cause for these strange and brief signs is unknown. Dogs who experience severe vomiting or extreme weakness may be hospitalized for supportive care.

High fat or salty foods can cause pancreatitis, a painful and serious condition that occurs when digestive enzymes leak from the pancreas to the abdominal cavity. Pets may experience vomiting, diarrhea, inappetence, and abdominal pain. Untreated pancreatitis can lead to organ failure.

What to do if your pet consumes a toxic food 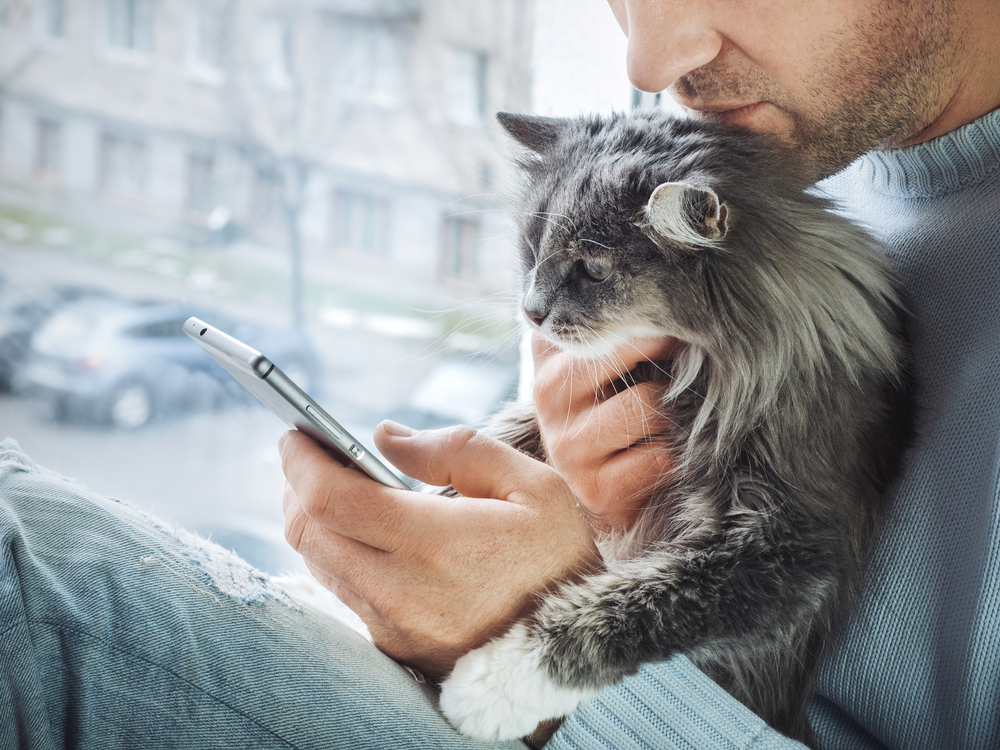 Pet toxin ingestion isn’t a matter of if, but when. If you know or suspect your pet has consumed a toxin, immediately call Ambleside Animal Hospital. For after-hours care and guidance, call the ASPCA Pet Poison Control or the Pet Poison Helpline. Both services charge a consultation fee, but can help you determine if your pet needs emergency care. Never induce vomiting in your pet unless directed by a veterinarian.

Dogs and cats are opportunistic scavengers, which is never more apparent than when they’re nose deep in the trash, or dragging your holiday dinner off the kitchen counter’s edge. Fortunately, most toxic food ingestion can be treated or managed with prompt veterinary care. For additional questions about common food toxins, contact Ambleside Animal Hospital.